“Seeds of Hope,” the short documentary that highlights the Native American Seed Sanctuary at the Hudson Valley Farm Hub, was part of the “Hope on the Hudson” film screening and discussion event held at the Nyack Center in New York on December 5. “Seeds of Hope” was one of three films in the series “Hope on the Hudson,” directed by writer and filmmaker Jon Bowermaster, the founder of Oceans 8 Films.

This past year, the Hope on the Hudson film series has been screened in over 100 venues in towns and cities along the Hudson River.

The Farm Hub tapped Bowermaster to make the film in 2017. Filmed over the course of a year and completed last February, “Seeds of Hope” focuses on the Native American Seed Sanctuary, a collaboration between the Farm Hub, Seedshed (a Kingston-based non-profit that promotes seed literacy), and the Hudson Valley Seed Company.

The organizations joined forces with members of the Mohawk Council Of Akwesasne, a Native American tribe in northern New York state that provided the seed varieties. One goal of the project is to save the Native American varieties of seeds, even as the seed stocks of many of the varieties have steadily declined.

The film opens in the winter season with a Native American ceremony held at the Farm Hub to give a blessing to the land.

The Farm Hub has committed nearly 30 acres of land to the initiative and dubbed the land plot “Three Sisters,” which includes a grow-out of corn, beans, squash and sunflowers.

“These seeds are in danger of disappearing because the seed stock in many cases has dwindled down to almost nothing,” says Brooke Pickering-Cole, director of the Farm Hub. “This is really part of a larger effort of the tribe to preserve Mohawk culture.”

The initiative is now in its fourth year, and the Farm Hub plans to add new varieties this coming season, says Pickering-Cole.

“Seeds of Hope” first premiered on March 28, 2018 at a community screening held at Senate Garage in Kingston. A version with Spanish subtitles is now available.

Bowermaster says the “Hope on the Hudson” series, including “Seeds of Hope,” will continue screening throughout New York in 2019. 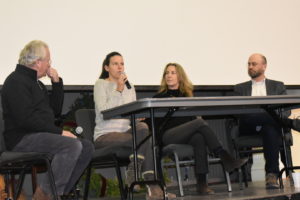 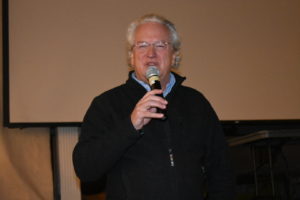 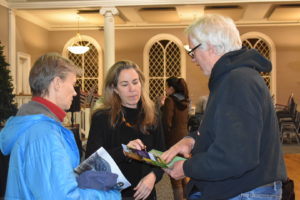 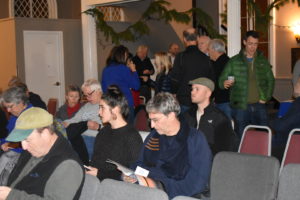