Growing Kernza in the Hudson Valley

Developed by our partners at the Land Institute, Kernza is being described by some as a “super wheat.” Now, the Farm Hub is testing how Kernza performs in the Hudson Valley.

Growing Kernza in the Hudson Valley

The Hudson Valley Farm Hub is pleased to announce a partnership with The Land Institute, a Kansas-based non-profit dedicated to researching sustainable agriculture. The Land Institute’s development of Kernza, a distant cousin to agricultural wheat, could have a significant ecological impact. “It’s an exciting time for the Farm Hub to be involved,” says Elizabeth Haucke, president of Plovgh, an agriculture coordinator group working with the Farm Hub on behalf of the Land Institute. “Farm Hub is part of network of farms across the country growing and providing feedback on Kernza.”

Kernza has one property that sets it apart: It’s a perennial. “In traditional agriculture, we hit the reset button every year,” explains Land Institute Geneticist Lee DeHaan to the Washington Post. “We eradicate all above-ground plant life in a field and start over from scratch. Here, we are trying to do what nature does naturally, [and] to bring those processes back into agriculture.”

Apart from reducing the need for annual tillage, Kernza has other environmental benefits. By forming an intricate, permanent root system, the grain anchors the soil and prevents erosion. It also helps fix nutrients in the soil, which improves soil ecology and can mitigate the need for chemical inputs. Like other closely related perennial grasses such as tall wheatgrass, Kernza has the potential to be a viable tool for addressing agriculture’s impacts on climate change.

“We are very interested in Kernza,” says Jean-Paul Courtens, associate director of farmer training at the Farm Hub. As Courtens explains, “Tillage impacts soil health by reducing organic matter, soil structural integrity, and soil biota, increasing the possibility of soil erosion either by water or air.” He continues, “Many annuals are prone to drought and nutrient deficiency, as their root system are developed over a relatively short period of time.” This contrasts with perennial crops like Kernza, which live in the soil through the colder months to grow again in the spring. “Kernza increases soil health, uses fertilizer much more efficiently, and is less prone to water stress due to its extensive root system,” says Courtens. 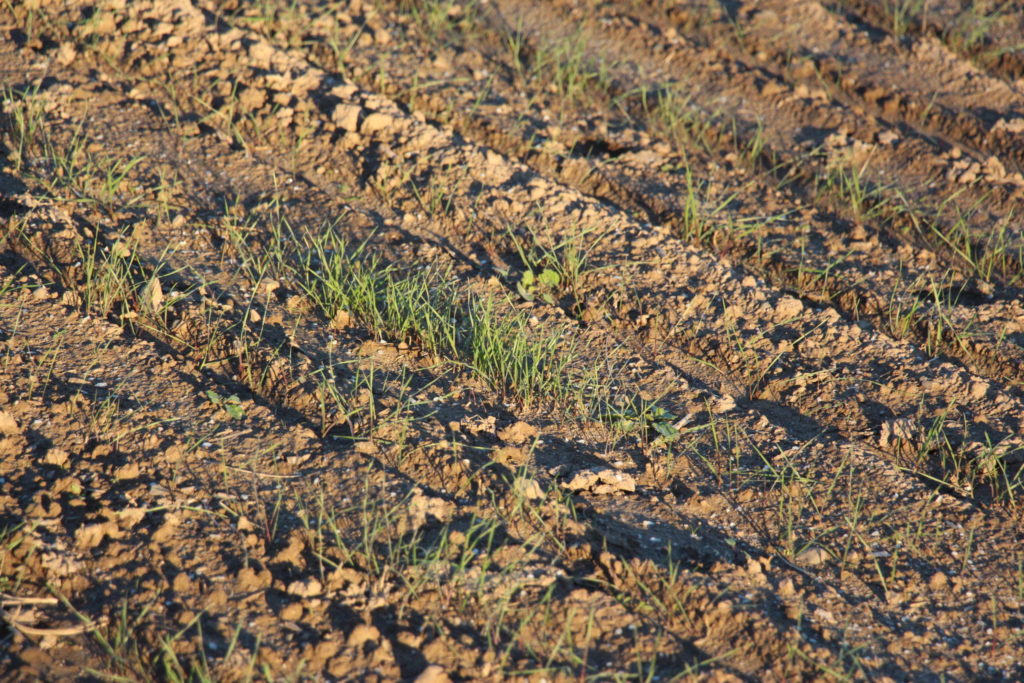 Hauke and other representatives from Plovgh will visit the Farm Hub on behalf of the Land Institute in the spring to evaluate productivity and check on factors that might impact yield. The Farm Hub’s experiences where soil quality, growing practices, and weather patterns are concerned will help to inform the development of a Kernza grower’s guide. The first harvest from the Farm Hub test plot is expected to take place in late July.

Although great strides have been made in the development of Kernza for use in food and beverage markets, there are still some hurdles to overcome. For example, the edible part of wheat is the seed, but Kernza currently produces seeds only about a quarter the size of conventional wheat. In order to address this, the Land Institute is developing varieties with bigger seeds.

Zachary Golper of Ben Cuit Bakery in Brooklyn was one of the first to use Kernza in his products. He told the Washington Post “Wheat is 10,000 years old, and Kernza has only been around for 13. We’re not doing so badly.” Golper joins several others across the country in experimenting with the new super grain, and so far the results have been promising. Restaurants like the Perennial in San Francisco and Dumpling and Strand in Minneapolis have given Kernza’s flavor glowing reviews. Without as much starch as traditional wheat-based products, breads and pastas made with Kernza express the more malty flavors of sweet corn and barley.

One of the most publicized endeavors (and the first widely available commercial product made with Kernza), is Long Root Ale, brewed by Hopworks Urban Brewery in Portland, Oregon, in partnership with Patagonia Provisions. Christian Ettinger, the brewer at Hopworks, has high hopes for the grain, and hopes to make a 50/50 Kernza and barley beer in 2017. “It will be a huge victory to replace some of the annual grains in the beer industry with perennials,” Ettinger told NPR in a recent interview. “Kernza is not a household word yet. But it will be.”