The roots of the trial run back to 2016 when a severe wireworm infestation hit several fields at the Farm Hub, leading to more than 50 percent of potatoes and sweet potatoes sustaining crop damage. With crop yield and quality of produce compromised, the Farm Hub worked with the Cornell Cooperative Extension Eastern NY Commercial Horticulture Program (ENYCHP) towards potential solutions.

Wireworms feed on — and are detrimental to — a wide variety of crops including carrots, beets, oats, wheat, onions, and garlic. 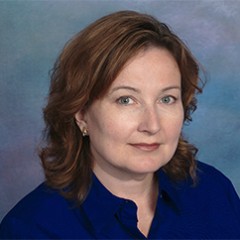 The adults, or click beetles, lay their eggs in the soil during the summer. After two to four weeks, the wireworms work through the soil in search of food and can feed on underground sections of plants for up to five years before reaching maturity.

“Farmers often end up rotating susceptible crops out of infested fields for several years. Unfortunately, many crops that we grow in the Hudson Valley are susceptible,” said Cornell Cooperative Vegetable Specialist Teresa Rusinek, who had already been working with the Farm Hub on pest management issues.

Eddie Clevenger, the Farm Hub’s farm manager, continued: “It was one of the first years in which we saw such significant crop damage and we knew we couldn’t let this happen.”

Finding a solution isn’t always easy. Managing an outbreak can also be a multifaceted challenge, starting with the fact that once in a field wireworms are difficult to remove.  Adult females prefer to lay their eggs in fields with tall grass, including small grains and grass-based cover crops. Wireworms also tend to spread geographically within a particular field. Since they are not all concentrated in one central area, it is all too easy to overlook an infested region.

Cornell researchers suggested that long-term biological control can be a feasible strategy for combating the wireworms. Previous studies indicated that entomopathogenic (meaning insect-killing) nematodes (EPNs) release a bacteria that kills the wireworms within 48 hours of contact. There’s also an existing successful track record of using EPNs to manage other soil-dwelling pests, including Plum curculio – known for destroying fruits – in apple production and white grubs in grassy fields.

Rusinek and her colleagues at Cornell, including entomology professor Elson Shields, designed a research trial based on nematodes a tiny worm invisible to the naked eye. The team decided to try a multi-species EPN strategy. In partnership with Cornell Cooperative Extension, the Farm Hub applied a combination of three types of nematodes to the impacted plots. It was the first time the Cornell researchers tested nematodes on wireworm infested soil in New York State. 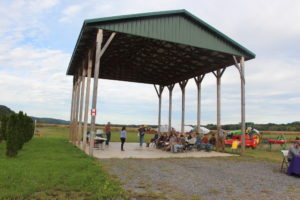 In September, the Farm Hub hosted a Nematode Twilight Meeting with Cornell Cooperative Extension to discuss the trial and the initial results.

After implementing the EPN strategy for the 2017 growing season, the Farm Hub team and Cornell specialists harvested 200 sweet potatoes from each of the twelve research fields that were evaluated for wireworm damage.

In September 2017, just one year after initially identifying the problem, the EPN-treated plots already had an average of 36 percent less wireworm damage than the untreated control plots.  Although it takes three to five years to completely inoculate a farm with EPNs and reduce pest populations to a manageable level, the initial results of this trial are promising for the Farm Hub and other growers, said Rusinek. The EPN has proven a successful tool for managing insect pests such as the Alfalfa Snout Beetle, Rusinek added.

On Sept. 27, 2018, the Farm Hub hosted a Nematode Twilight Meeting with Cornell Cooperative Extension to discuss the trial and the preliminary results. Results from the 2018 season are expected early next year. Clevenger said the research can hopefully help growers in this region who are hit with similar infestations.

“If these results are replicated in the coming years, nematodes could provide an effective and ecologically sound option for combating wireworms across the Hudson Valley,” said Clevenger.

Rusinek and the researchers at Cornell are inspired by the success they had at the Farm Hub, and continue to conduct demos at farms throughout New York State.

“We are now expanding this project because of the positive results from the Farm Hub trial,” said Rusinek. “I was pleased that the nematodes were able to suppress the wireworm population to the extent that they did.  Without the field research, we don’t know whether the biocontrols will work to the extent that we need them to.”