During the growing season, Farm Hub visitors are likely to find agricultural educators walking the fields, making observations, and taking soil and crop samples. In the four years since its founding, the Farm Hub has hosted annual field trials in conjunction with Cornell Cooperative Extension (CCE) and Cornell University’s College of Agriculture and Life Sciences (CALS). These trials are tailored to Hudson Valley farming conditions and represent the Farm Hub’s commitment to research and demonstration relating to ecological farming practices.

Three field trials are up and running in 2017, focusing on small grains production (small grains variety trial), disease (fusarium fungus in garlic), and pest management (combating wireworms in sweet potatoes). The small grains trial—structured to test the viability of growing various types of small grains for Hudson Valley farmers—is in its fourth season. Two garlic trials, new to the Farm Hub this season, are designed to test various controls to fight the fusarium fungus, which has threatened yields for garlic growers in the region. Lastly, the Farm Hub is studying the use of beneficial nematodes to combat wireworm larvae in sweet potato crops. 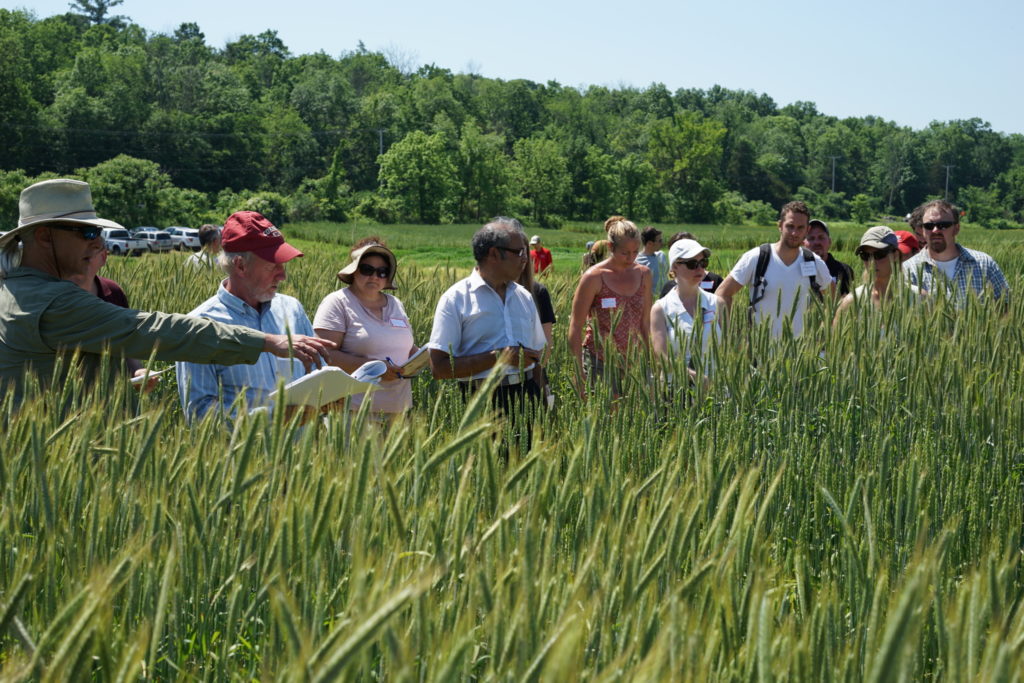 Could the Hudson Valley once again become a breadbasket for the Northeast region? For the past four years, the Farm Hub, CCE Ulster County, and CALS have been exploring the viability of small-grains for local agriculture. In 2017, the small grains trials continue with spring and winter varieties of wheat, rye, and barley. These grains are being tested for factors such as resiliency, ease of post-harvest handling, and overall quality. In addition, Appalachian White and NuEast grains have been included to see how they fare in the local climate.

Several local partners are joining this year’s trial, including Hudson Valley Malt in Germantown, From the Ground Brewery in Red Hook, and Denning’s Point Distillery in Beacon. These partners join existing testers in the trial, which include Bread Alone, Our Daily Bread, and Wild Hive Farm. On June 12, the Farm Hub hosted the annual small grains field day for regional farmers, bakers, millers, distillers, and brewers.

Because the wireworm (the larval stage of the click beetle) is now a growing threat to crops such as potatoes, beets, and garlic, particularly on organically managed farms, the Farm Hub is hosting a field trial in coordination with CCE’s Eastern New York Commercial Horticulture Program this year. Naturally occurring roundworms, known as beneficial nematodes, which actively hunt and feed on harmful pests in the soil, are being introduced into crops to test their effectiveness in reducing the occurrence of wireworms and their resultant crop damage. 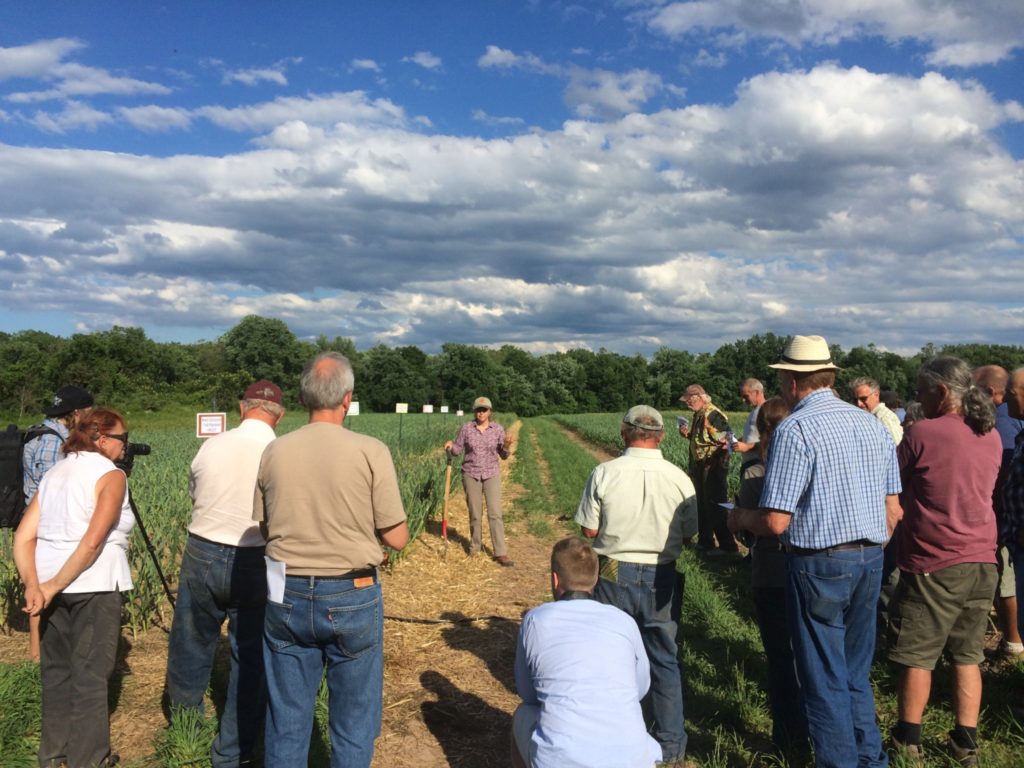 Crystal Stewart, vegetable specialist with CCE, facilitating a garlic twilight at the Farm Hub on June 21

Wireworms thrive in tall grasses such as cover crops. While cover crops help rejuvenate nutrients in the soil and sequester greenhouse gases, they also can provide the perfect environment for wireworm larvae. CCE scientists have isolated a native New York nematode that may be able to combat the wireworm. If this trial proves successful, nematodes could provide a viable, ecologically sound option for combating wireworms throughout the region

Viruses infect 5 to 50 percent of northeastern crops, often resulting in reduced yields. The fusarium fungus poses a significant threat to garlic, but information on combating it in the Northeast is scarce as most major studies on fighting fusarium infection in garlic crops have been conducted in arid climates elsewhere in the United States.

Two trials at the Farm Hub are allowing ENYCHP to evaluate methods for managing and reducing fusarium infection. The first trial involves the use of raised beds, mulches, and distinct planting times to determine whether altering cultural conditions in the field can impact the virus’s incidence. The second trial is measuring the effects of nitrogen fertility on controlling the virus. The data gleaned from each trial will supply Hudson Valley farmers with techniques to fight the fungus.